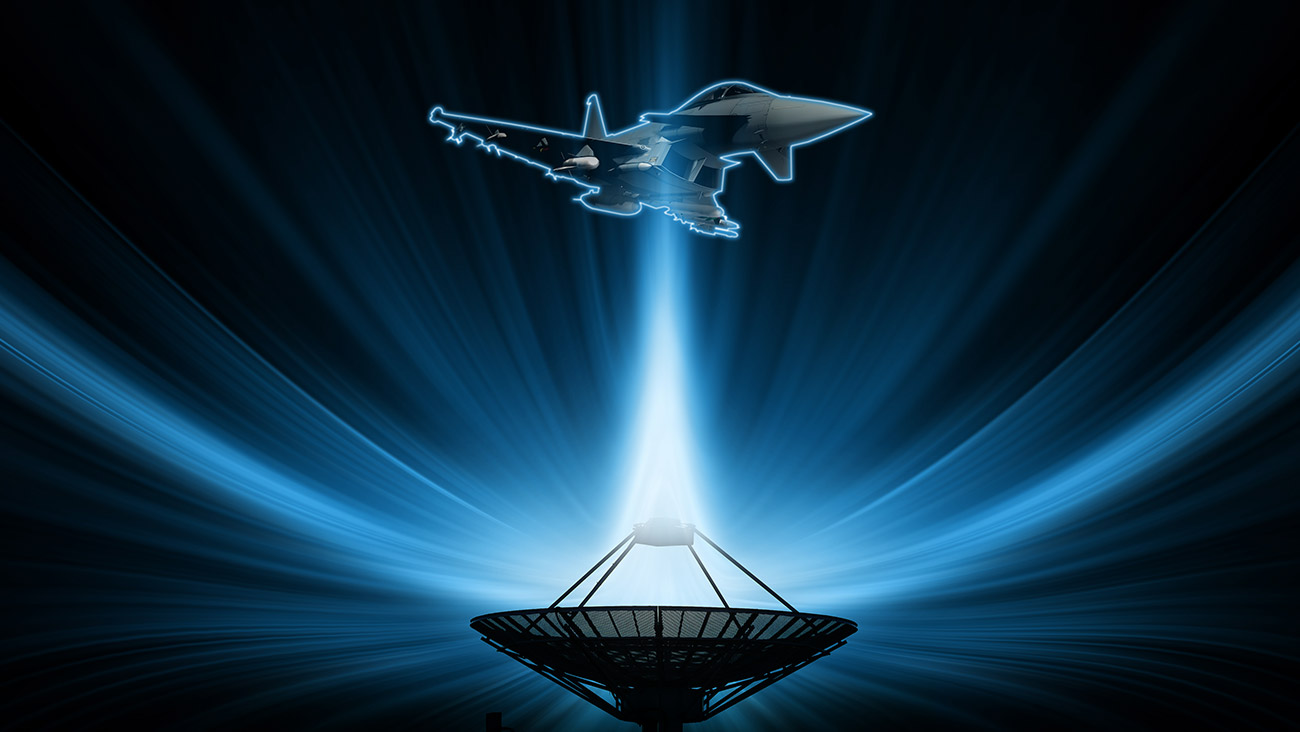 FMCW and chirp (pulsed linear frequency modulated) radar are some of the most common radars used globally. These types of radar are designed for electronic warfare (EW) and defense, as well as a variety of commercial aerospace applications. In the case of defense, FMCW and chirp signals are  commonly used in terrain-following radar for under-the-radar flying, surveillance, and for targeting systems. For civilian uses, FMCW and chirp radar are seen in advanced driver assistance systems (ADAS), autonomous vehicles, radar altimeters, air-traffic control, marine navigation radar, oil/LNG storage tank level measurements, and for weather. Common FMCW and chirp radar operate in the C-band (4 GHz to 8 GHz), X-band (8 GHz to 12 GHz), and Ku-band (12 GHz to 18 GHz). However, there are many modern radar that operate well into the millimeter-wave bands, such as 77 GHz automotive radar. (Vaunix's Lab Brick model LMS-183CX offers chirp signal capabiities from 6 GHz to 20 GHz, or C-, X-, Ku- and K-band.)

In order to test the digital and RF hardware that transmits, receives, or processes FMCW and chirp radar, a signal generator that has FMCW or chirp modulation capability is needed. Moreover, the signal generator needs to be able to reach the operating frequencies of the radar components. Other aspects of signal generator performance, such as noise, phase noise, and harmonics are also critical as radar are highly sensitive measurement instruments. Signal generators with good performance can also be used as an LO source during testing of radar that require upconversion/downconversion.

Even with modern radar that rely on direct-digital-synthesis (DDS) and direct-digital-conversion (DDC) technology along with digital signal processing (DSP) circuits specifically designed for radar, FMCW and chirp signal generators are valuable for testing radar circuitry, as the RF hardware of these radar is essentially the same as earlier radar, though possibly with less frequency conversion stages. Even the latest array radars with a large number of transmit/receive modules (TRMs) and antenna elements essentially operate in the same way, just with more RF hardware are more substantial digital processing systems.

Given the use cases of modern radar, servicing and testing them can pose significant challenges, as the environments these radar are used on (land, air, and naval platforms) are often remote or mobile supply/servicing stations. In ideal laboratory testing conditions with ample space for typical bench-top signal generators, there are far less challenges associated with testing radar. However, extracting a damaged or malfunctioning radar and shipping the radar to a qualified laboratory may incur more troublesome costs and delays than field servicing the radar unit would. Hence, there is a need for low-cost, rugged, and portable signal generators that can be used to field service and test modern radar. Moreover, if many of these compact signal generators can be programmed and used in tandem while synchronized, they could also be used to test array radar more effectively and rapidly.

FMCW Radar Range Resolution as a Function of Bandwidth

Vaunix has released a TECH BRIEF on this topic, which illuminates readers of the challenges associated with testing/servicing FMCW and chirp radar and how our Lab Brick Signal Generators can be used as a low-cost and high-capability solution to these RF signal generation challenges. 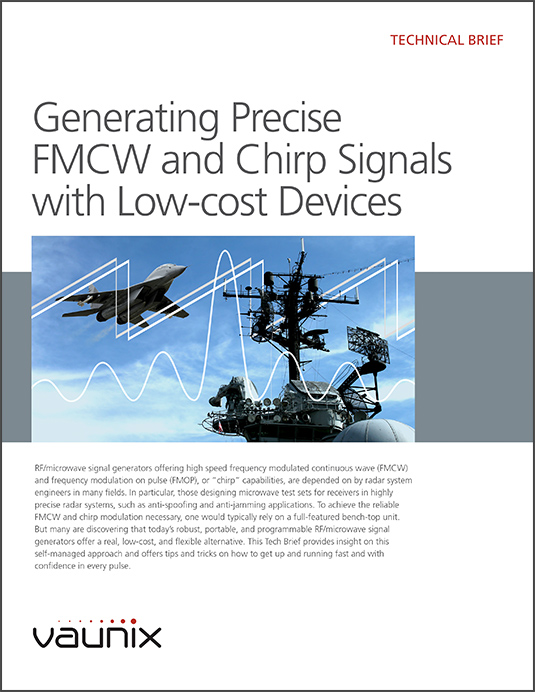