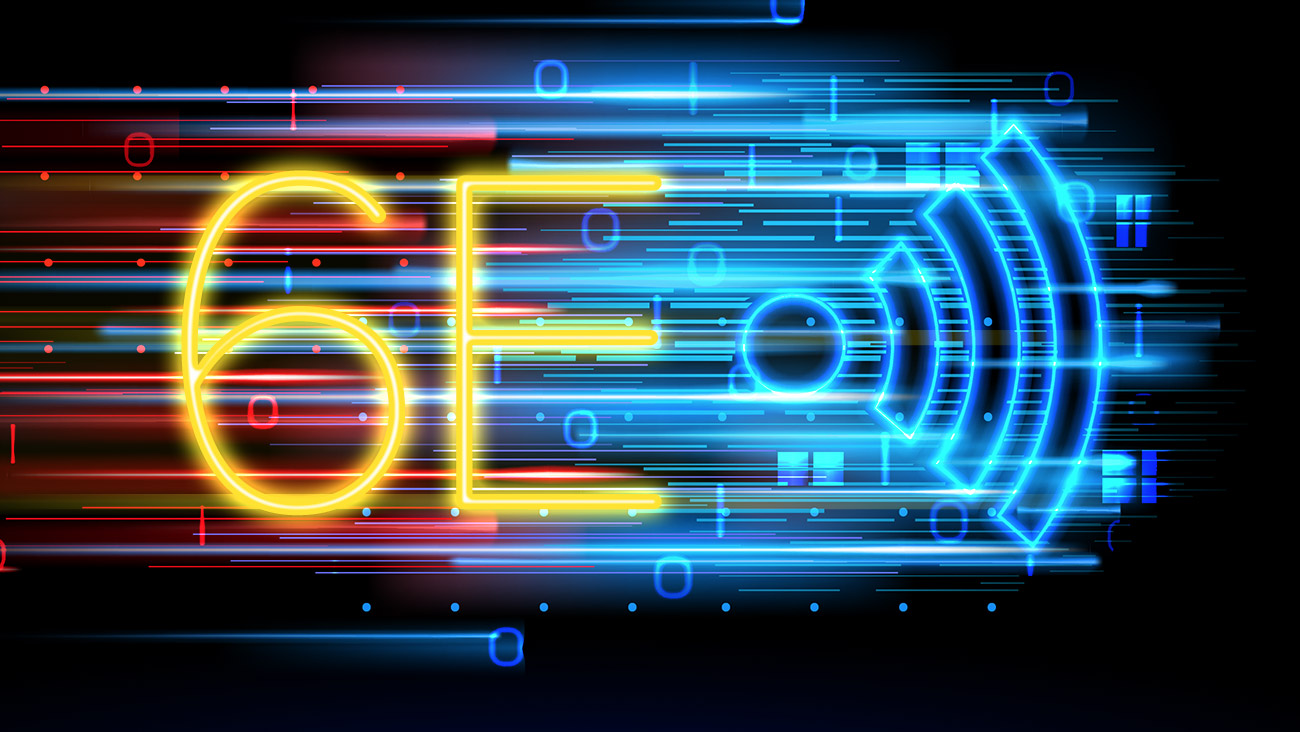 In April 2020 the Federal Communications Commission (FCC) announced the allocation of unlicensed frequency bands in the 6 GHz spectrum following moves from the WiFiAlliance™ with the emerging Wi-Fi 6E standard. The result of this development is an exciting opportunity for wireless engineering and manufacturing teams to develop Wi-FI systems and devices offering multi-gigabit wireless speeds and lower latency performance in a much less congested spectrum. In parallel, wireless test and measurement equipment design teams are responding with unique devices and instruments that offer the RF features and capabilities needed for research and development.

Wi-Fi 6E Certified Devices Must Be Able to Operate at Previous Wi-Fi 3,4, and 5 Frequencies, too

The new Wi-Fi 6E spectrum has been segmented into (14) 80 MHz and (7) 160 MHz RF/microwave frequency bands between 5.925 GHz and 7.125 GHz. This 1,200 MHz of bandwidth is by far the widest ever. It is multiple times the previous available bandwidth for 2.4 GHz and 5 GHz Wi-Fi bands (a total of 1200 MHz in the 6 GHz spectrum). Wi-Fi 6 is an extension of the IEEE 802.11ax standard. As such, Wi-Fi 6 devices must be backward compatible with 2.4 GHz and 5 GHz Wi-Fi standards. This means that new Wi-Fi 6E devices must be (6 GHz/5 GHz/2.4 GHz) triple-band devices, capable of operating on all three bands simultaneously. Moreover, one of the goals of WiFI 6 is to improve the performance of wireless devices in environments with many connected devices, handling both interference and congestion.

To achieve all of this, Wi-Fi 6 relies on improvements to existing technology, as well as the introduction of new technology. Orthogonal Frequency Division Multiple Access (OFDMA) is included in Wi-Fi 6. OFDMA can transmit data to multiple devices at the same time, splitting traffic into smaller packets to eliminate queueing. Wi-Fi 6 also extends the capabilities of Multi-User Multi-Input/Multi-Output (MU-MIMO), 1024 quadrature amplitude modulation (1024-QAM), and transmit beamforming. MU-MIMO was previously available only for downstream connections and allowed for a device to send data to multiple receivers at the same time; Wi-Fi 6 adds MU-MIMO capabilities to upstream connections as well--this allows more simultaneous devices on one network.

A Larger Number of Wireless Test Permutations Will Be Required

These new capabilities bring additional testing considerations, especially for RF development, certification, and automated testing. The new WiFi 6 frequencies extend to 7.125 GHz, which is well beyond the frequency capacity of most equipment commonly used for WiFi testing. Additionally, other benefits of the new wireless standard include increasing the number of transmit beamforming streams to eight and, improving network range and throughput. Increasing complex beamforming and MU-MIMO mean that a given Wi-Fi 6 device can demonstrate a near-infinite combination of beamforming and MIMO states. Lastly, higher order modulation and access technology further complicates RF testing and requires much greater resolution test equipment that is also able to rapidly change states to accommodate high-speed and compressed testing protocols. Most RF test equipment isn’t designed to fulfill these needs, at least not in a low-cost and compact package.

For example, advanced fading, handover, and other channel quality tests will ultimately require rigorous testing of the transmit and receive capability of upcoming Wi-Fi 6 devices from over 2 GHz to nearly 8 GHz. To meet this requirement, Vaunix released a new high resolution, digital RF step attenuator family (LDA-802EH, LDA-802Q, and LDA-802-8) with 120 dB of attenuation control across the device’s entire bandwidth from 200 MHz to 8 GHz and an incredibly fine 0.1 dB step size. The Vaunix single channel, four channel and eight channel attenuators are powered through the USB connector and programmed via USB or Ethernet for the optimum in flexibility.

For less than $900 for a single port model, and less than $4,000 for an 8-port model, these LabBrick attenuators, like all other Vaunix LabBrick instruments, offer the best performance value in an extremely compact and durable package. Given the form factor and limited space available in many labs and automated test facilities, these compact units can readily be integrated into common rack unit or desktop testing systems.

Learn More About How to Resolve Your 6E Testing Challenges

Find out more about how Vaunix digital step attenuators can help you conduct ultra-fine testing for product validation, optimization and production testing, enabling faster, better and on-budget roll-out of all your Wi-Fi 6E devices.

Learn More About the LDA-802EH

Learn More About the LDA-802Q