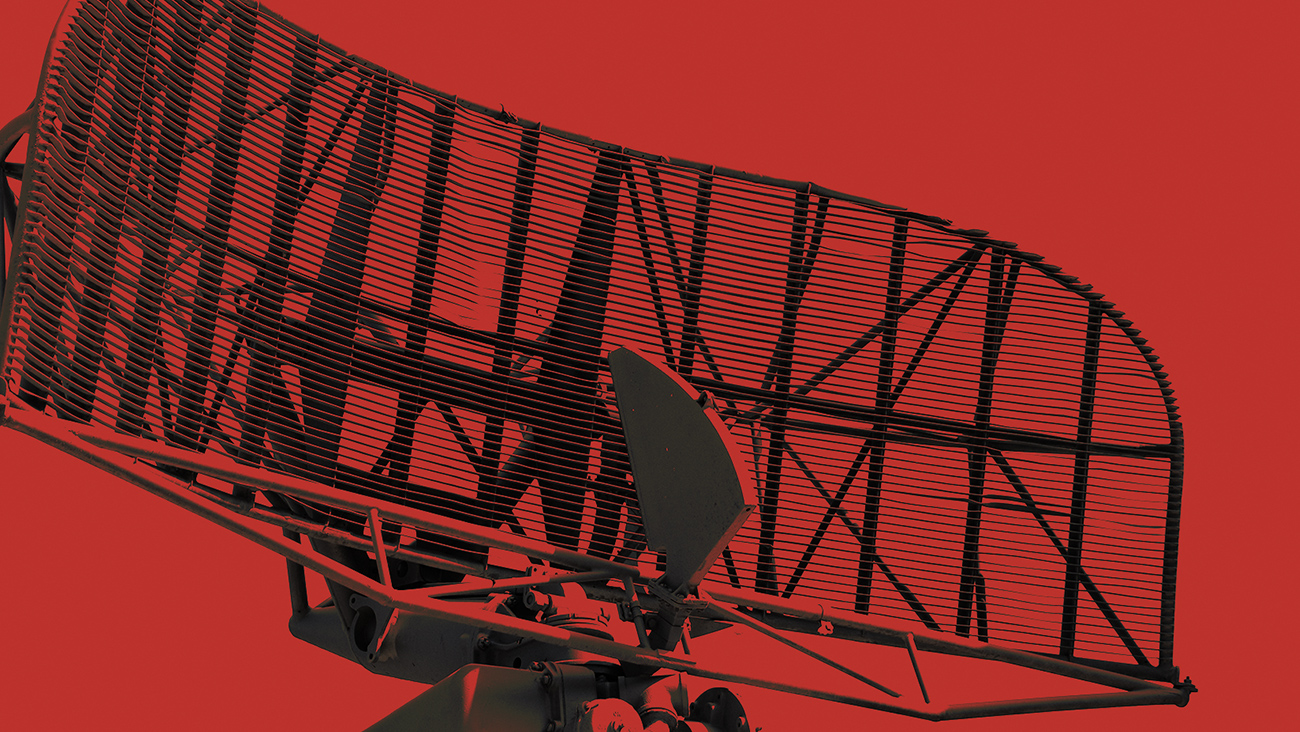 Radio Detection and Ranging or radar, very basically consists of a transmitter and receiver that are leveraged to detect the presence of an object through the measurements of range and angle. Primary surveillance radar (PSR) transmits high-frequency signals that reflect at the target. The received signals contain echoes of the original emitted signal—this way the ground station is able to determine the location of the target with the “passive echoes” it receives. Secondary surveillance radar (SSR) differs in that the receiver actively generates answer signals where the radar unit both transmits and receives high-frequency impulses. Currently, SSR systems are employed in air traffic control radar beacon systems (ATCRBS), traffic collision avoidance systems (TCAS), as well as in military electronic warfare (EW) support applications as identification friend or foe (IFF) technology where an aircraft is fitted with a “transponder” (transmitting responder) to send responses back to the ground-based “interrogator” with a coded reply signal.

By necessity, this technology employs secondary radar as it requires a coded high-frequency transmit and response signal. The coded interrogation and reply signals operate in different modes depending upon the level of detail required in the response signals, commercial applications include modes A, B, C, D, and S where the military modes have the numerical designations from 1 to 5. In IFF applications, the ground station emits interrogation pulses at 1030 MHz and the transponder sends replies at 1090 MHz. The three-dimensional position is generally broken down from three coordinates: the range (distance), azimuth (direction or bearing), and the altitude (elevation). This request for information such as the position is encoded in the interrogation signal, the method for sending encoded interrogation signals out to a target is through the ‘monopulse’ technique.

In the monopulse method, the direction of the radiation of an antenna is represented through lobes, one directional antenna will give off a main beam, while multiple directional antennas can send a pulse simultaneously and give off multiple lobes of radiated energy. The beams then generate hybrid junctions or “sum” and “difference” patterns. By comparing relative strengths of the pulses, a transponder can gauge if the signal comes from the “main” lobe or “side” lobe. The first reply is received when the leading edge of the rotating antenna is noted, as the antenna continues, more replies are received.

In IFF, monopulse is typically leveraged for interrogation path side lobe suppression (ISLS) where the main beam establishes two interrogation pulses (P1 and P3) while the ISLS system inserts another ‘suppression pulse’ (P2). Typically P1 and P3 have pulse widths of 0.8us and are spaced 3us ,5 us, or 8us apart depending on the interrogation mode. The suppression pulse (P2) is spaced 2us after the leading edge of P1 and must be at least 9 dB below the amplitude of P1.

The ground station often consists of the PSR directional antenna and SSR omnidirectional antenna. The omnidirectional antenna is grouped as left and right antenna where each side connects to an RF switch to channel energy via a hybrid junction. The hybrid junction distributes the energy equally through to the radiators in the two sections of the antenna that combines/splits the signals into “sum” and “difference” channels to send and receive pulses despite noise caused by the environment/weather. The SSR antenna is normally mounted to the larger PSR antenna to point in the same direction as both antennas rotate to send out interrogation pulses.

The aircraft is outfitted with several antennas to detect and send active pulses back to the ground station. While the antenna placement depends on the type of aircraft, it is generally essential for the antenna patterns to provide enough coverage to be able to send and receive interrogations while doing maneuvers. The transponder is accessed via a console in the pilot’s control panel to communicate with interrogations coming from the ground station.

To learn more, download our tech brief "Modular Test Approaches for SSR Signal Analysis in IFF Applications" and contact our technical support team with any questions regarding your IFF applications.

Lab Brick is a registered trademark. © Vaunix Technology Corporation 2023
Vaunix  |  978-662-7839  |  7 New Pasture Road  |  Newburyport, MA 01950
Privacy Policy
X
We use cookies to enhance your user experience. By continuing to browse this site, you are giving your consent for cookies to be used. For more information, please refer to our Privacy Policy.