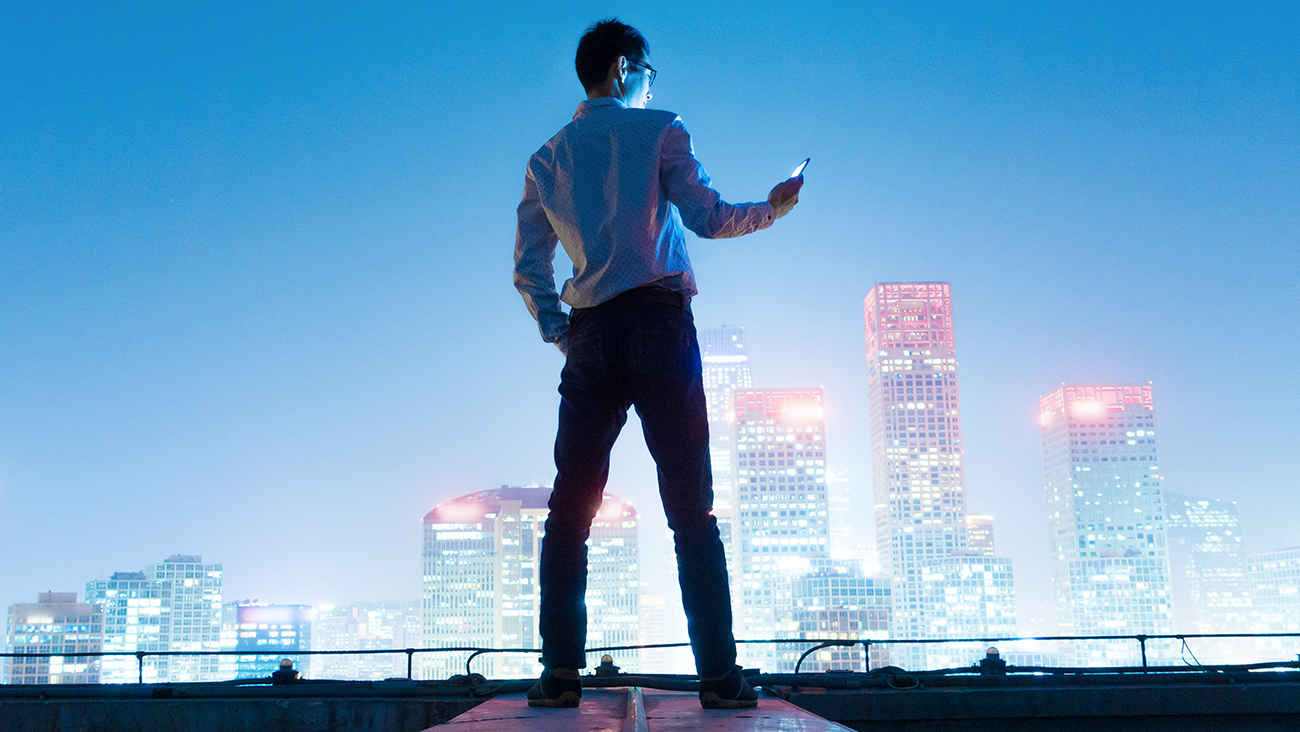 What is a Wireless Handover?

A handover, or handoff, occurs when an outgoing cellular call is transferred from one cell to an adjacent cell as a cell phone or mobile device is moving through a network coverage area. Cells are physical areas that have cellular coverage. Handover is used with cellular networks, such as LTE or Wi-Fi networks. Some cellular services, including Google’s Project Fi, can even enable handovers between Wi-Fi and LTE with intelligent handover techniques.

What's critically important to understand is that the best cellular networks must rely on multiple frequency channels because any signal sent out by a base station can be attenuated by obstacles in the environment at any time. This challenge is ever-present to those involved in 5G. Soft handovers were developed as a solution to calls becoming unreliable due to fading. This is where a connection to the current cell is only broken after a steady connection to the target cell is established. This is known as ‘make-before-break’. Hard handover occurs when the mobile connection from the source is broken and the connection to the target is made afterwards. This is known as ‘break-before-make’. Hard handovers allow for a more efficient use of channels as only one channel is necessary to enable a hard handover. An additional  benefit is this simplifies the design of  next-generation 5G mobile phones. Why? Because it does not necessitate the need for parallel processing of several channels. So, while soft handovers may require more channels, and a mobile phone can receive two or more channels in parallel, the chances of a signal in all the channels being interrupted is much lower and dropped calls are highly unlikely in soft handover networks.

Handover can occur between “sectors” of the same site, known as intra system handover. Sectors are different areas of coverage from the same base station, and multiple ‘sectors’ can occupy one ‘cell’. Inter system handover can often occur with a fast-moving target, where the target connection is established from one cell to a completely different cell or base station. More recently, cellular technological advances have enabled vertical handover, such that a mobile phone connects between cellular networks and wireless LAN (WLAN) for greater accessibility. While cellular networks can offer lower data rates over large areas, WLAN technologies can potentially compensate for this as it offers higher data rates over smaller areas.

Multi-path Fading and Handover Applied
Firstly, network engineers generate a ‘neighbor list’ of potential target cells for handover from selected source cells. Then, as a call is ongoing, the source channel’s signal transmission strength is monitored to assess when a handover request by the mobile phone of base station is necessary. In this complex process, the base stations in the ‘neighbor list’ and the mobile phone are connected and monitoring each other for the best target cell to connect to. 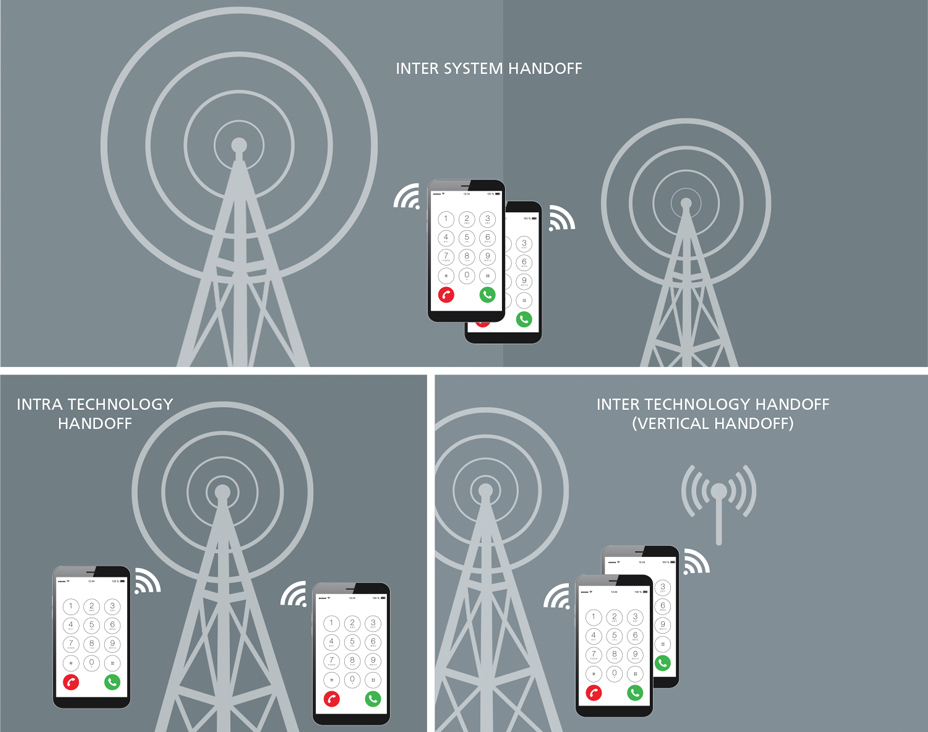 So, is time to resolve your complex multipath fading simulations?

Check out our latest updates at: https://vaunix.com/updates/

And to to learn even more about Handover Testing, download our tech brief: 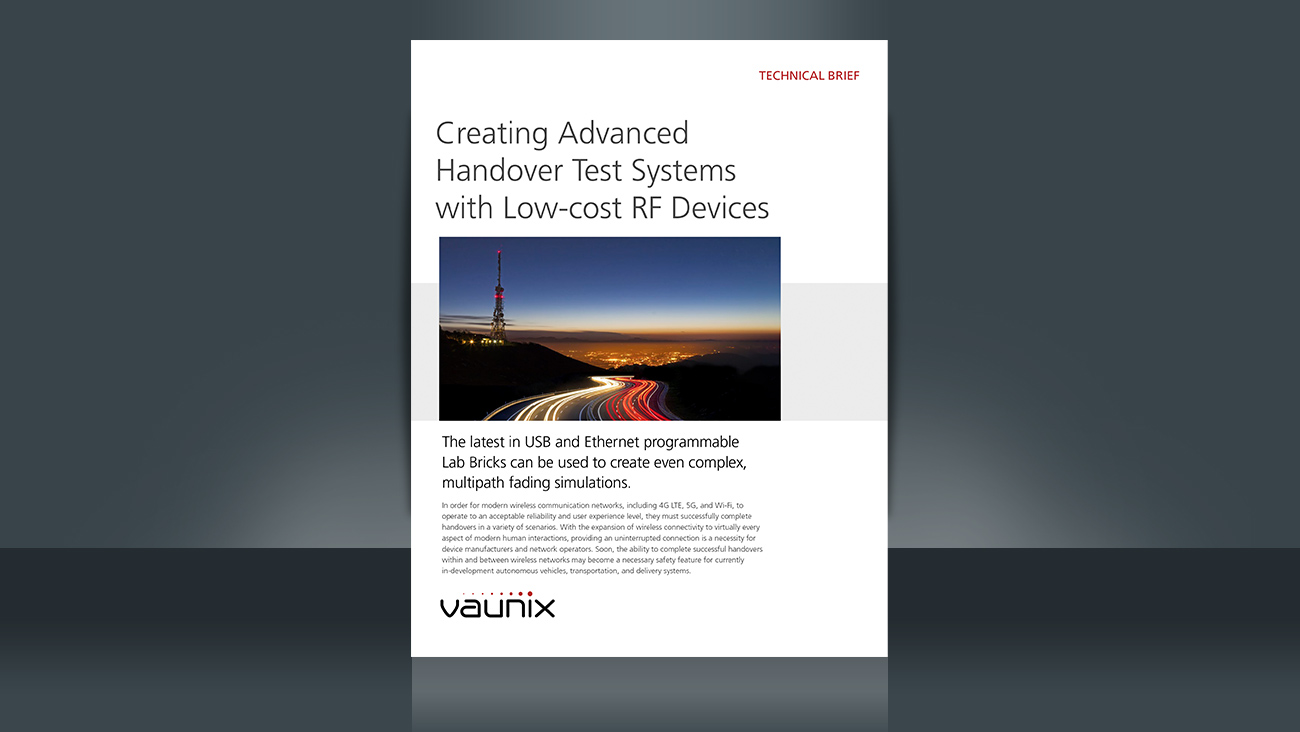 Lab Brick is a registered trademark. © Vaunix Technology Corporation 2023
Vaunix  |  978-662-7839  |  7 New Pasture Road  |  Newburyport, MA 01950
Privacy Policy
X
We use cookies to enhance your user experience. By continuing to browse this site, you are giving your consent for cookies to be used. For more information, please refer to our Privacy Policy.